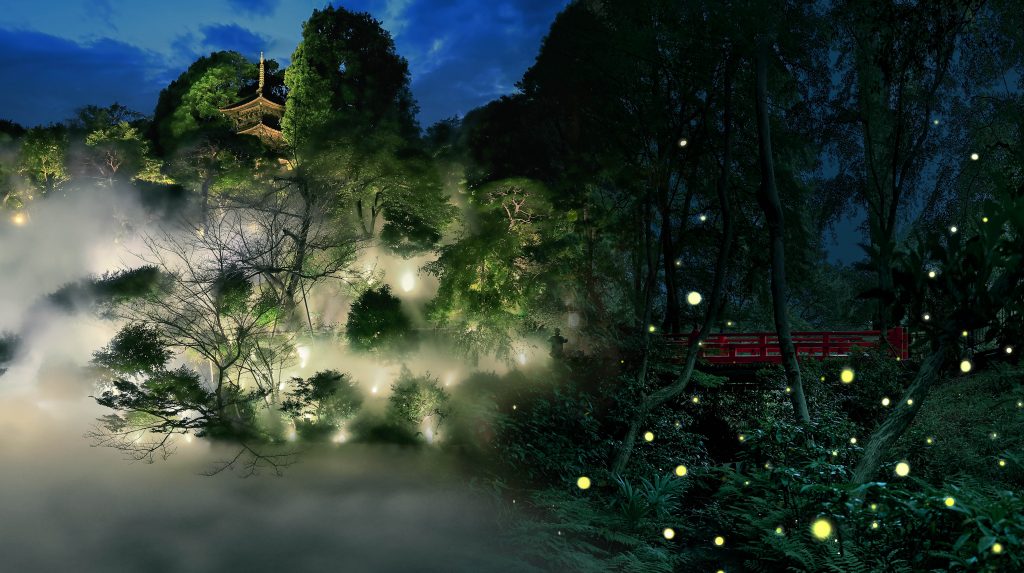 Fireflies can only be spotted around clear streams in nature-rich, tranquil areas. That is why it’s so wondrous to see them in Tokyo! The garden of Hotel Chinzanso Tokyo, which is now gathering attention as an oasis of magnificent nature scenery in Tokyo, is one of the very few places where one can enjoy fireflies at the heart of the metropolis.